There’s something special in the end of the year, marked first by the winter solstice. Each passing year it grows more dear, with a deeper connection to the past.

Striving to understand this sentiment, even though it evades definition and explanation, I tend to think of what this season meant to our ancestors. There was a serious reverence for the season – after all, life was not guaranteed. Life was tough, and winter tougher. Death was a possibility. 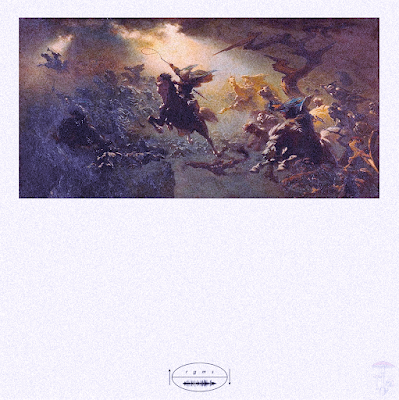 RGMS 2021 End of Year Retrospective Playlist
Community strengthened in feast and spirit wasn’t simply for fun. These rituals, while religious, were deliberate and focused on survival. There was an importance of sustaining through the worst - from the passing of one year, to the rebirth of the next. A transitory period adorned in myth. This kind of survival, however, was not merely a clinging to life as we may think of the word today, for the etymology reveals it was rather a celebration of ‘supervivere’ or ‘super-life’. Thus, survival was a form of venerating not only life, but the gods and goddesses, and the prima materia, which made life possible and allowed to the potential of life beyond sheer being.

The days were soon to get longer, but winter – cold and snow – would continue for months to come. Celebration was in order, but was constrained by the bounds of this unforgiving winter…best to not venture too far away from home, especially during the brutal winter night, when one could be whisked away by the wild hunt.
Today we seem to take such past experiences for granted, yet this deep spiritual yearning persists. Old myths are co-opted by modern culture, but not acutely understood.

The myths surround us. RGMS aims to understand this modern world, the ancient past, and the synthesis of new mythology to come, asking how we may breathe new life into the experiences of being through ritual, through sound, and through the sowing of such deeper understanding. The opportunities are endless, a search for meaning lasting a lifetime – RGMS enters its second year end retrospective making sense of these unconscious artifacts. Year after year, layer after layer, we look forward to what is revealed.


RGMS presents a collection of 2021 works apart of our Year End Retrospective:

PODCASTS
EP#1 - The Meaning Behind RGMS

EP#2 - Empiricism of Music
EP#3 - Mythology in the RGMS

RESEARCH PUBLICATIONS
5. The Way of Apollo and Dionysus in the RGMS

6. Archetypes of Music
7. 'Morning Bells' Reviewed by TVC
8. Towards More Objective Translations for a Non-Synesthesiac: Light to Sound

Symbolism and the Cathedral (Newsletter #1)