The rgms presents:
RGMS Promo Series #1 (Part 2)
Over the course of the next months, albums by members of the rgms collective will be released.
These include collaborations and solo projects; however, all albums will be released under the name 'rgms'.
In the nature of the collective, identity is formed from a dynamic relationship with the parts that make up the whole.
These albums releases will begin to emerge in discrete pairs whose relationship will be either dialectically opposed or directly related. They will be issued either simultaneously or a week apart.
Release series #1 is comprised of albums born to the minds of all current rgms artists before the inception of the collective itself. It may be considered the 'Primum Mobile' of the unspoken centre.
The reason for this unspoken centre is that we do not wish to precipitatley impose an aesthetic or meaning upon the rgms. Instead, the rgms must be approached as a symbol with its own desires, allowing it to flower by its own volition.
By nature, creation is limitation, consciously or unconsciously we create a structure within which a symbol may begin to take shape. Without this form, a symbol (or an idea) escapes back to the realm of pure abstraction. This limitation (or structure) of the rgms is that of the Apollonian and Dionysian dialectic. (more on this)
With this in mind, the rgms has devised a heuristic to begin to understand the desires of itself.
This method of self-reflection makes use of a Release Code Chart consigned to a Cartesian plane:

Due to the nature of the collective, there will be a wide range of aesthetic output within the rgms.
Despite this variance, each artist strives to remain true to the unspoken centre between that of Apollo and Dionysus.
Every release will therefore be labeled with coordinates from the essential rgms Cartesian plane. 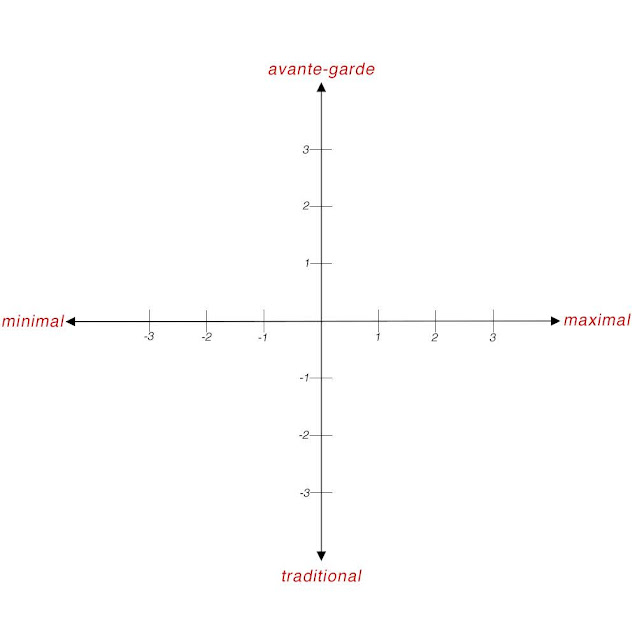 The two poles of identifiability within rgms releases thus include, density (x) and anticipatability (y).
The latter pole concerns not only density of the occupied spectral band, but also that of the sonic and structural complexity.
The former pole of anticipatability, which also may be considered 'convention', is far more nebulous.
This is due to the fact that each individual possess a distinct and highly personal set of protentions when engaging in a music.
The artist places their respective brainchild on this graph then in accordance with their own predispositions balanced with that of pre-existing content relative to the collective itself.
Our four cardinal directions may be further classified as the following:
maximal immersions
minimal deserts
avante-garde tessellations
traditional re-workings.
And at the center, meditative canopies attempt to delicately straddle the four directions.
Note that all coordinates must be integers, and may not include a zero.
All zero coordinates are reserved for collective wide collaborative efforts, which focus on cultivating a meditative landscape.
Posted by rgms at 3:00 AM

Greetings RGMS reader -
Welcome. The Rube Goldberg Machine of Semiotics is excited to share with you it's many inner workings, that include, but are not limited to: a wide range of exploratory musics, detailed methodologies, research publications, and a labyrinth of entwined mythic themes waiting to be unraveled.
We've planned a steady stream of album releases for the remainder of 2020 with the intention of keeping the machine running indefinitely.
Without further ado, rgms presents an Autumnal Equinox promotional video as a taste of what's to come.
RGMS Promo Series #1 (Part 1)
Consigned to the minds of Tony and Bobby Goldberg, RGMS originated from an ambient performance in Chicago, 2017, hosted at the DIY Third Floor, referred to internally as the July Fridge. The artifact below, a concert poster for the performance, is the first sighting of the Rube Goldberg Machine of Semiotics documented: 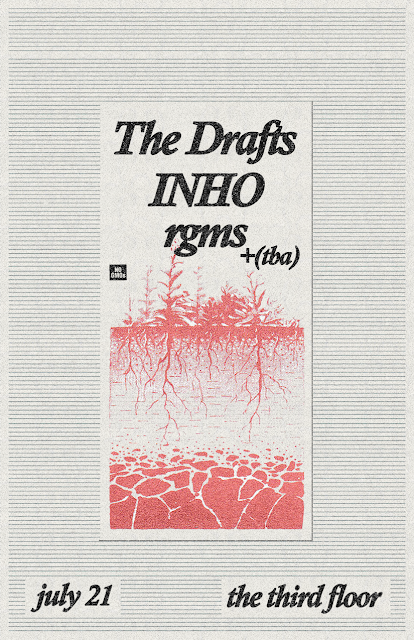 More on the meaning behind RGMS here.
And finally, on a concluding note, here's a word from Joey Campbell and the document known as the Power of Myth:

"Jean and I are living in Hawaii, and we’re living right by the ocean. And we have a little lanai, a little porch, and there’s a coconut tree that grows up through the porch and it goes on up. And there’s a kind of vine, plant, big powerful thing with leaves like this, that has grown up the coconut tree. Now, that plant sends forth little feelers to go out and clutch the plant, and it knows where the plant is and what to do– where the tree is, and it grows up like this, and it opens a leaf, and that leaf immediately turns to where the sun is. Now, you can’t tell me that leaf doesn’t know where the sun is going to be. All of the leaves go just like that, what’s called heliotropism, turning toward where the sun is. That’s a form of consciousness. There is a plant consciousness, there is an animal consciousness. We share all of these things. You eat certain foods, and the bile knows whether there’s something there for it to go to work on. I mean, the whole thing is consciousness. I begin to feel more and more that the whole world is conscious; certainly the vegetable world is conscious, and when you live in the woods, as I did as a kid, you can see all these different consciousnesses relating to themselves."

- The Machine, impersonally - a unrelentingly process of nature
Posted by rgms at 4:00 AM