Symbolism and the Cathedral (Newsletter #1)

"The Fall may best be understood not as a moral deviation or as a descent into a carnal state, but as a drama of knowledge, as a dislocation and degradation of our consciousness, a lapse of our perceptive and cognitive powers—a lapse which cuts us off from the presence and awareness of other superior worlds and imprisons us in the fatality of our solitary existence in this world. It is to forget the symbolic function of every form and to see in things not their dual, symbiotic reality, but simply their non-spiritual dimension, their psycho-physical or material appearance. Seen in this perspective, our crime, like that of Adam, is equivalent to losing this sense of symbols; for to lose the sense of symbols is to be put in the presence of our own darkness, of our own ignorance. This is the exile from Paradise, the condition of our fallen humanity; and it is the consequence of our ambition to establish our presence exclusively in this terrestrial world and to assert that our presence in this world, and exclusively in this world, accords with our real nature as human beings. In fact, we have reached the point not only of thinking that the world which we perceive with our ego-consciousness is the natural world, but also of thinking that our fallen, subhuman state is the natural human state, the state that accords with our nature as human beings. And we talk of acquiring knowledge of the natural world when we do not even know what goes on in the mind of an acorn."

The question still beckons though, on how we might be able to incorporate this symbolic perspective into a musical context. For that, I would like to explore a piece by Alio Die by the name In the Labyrinth Garden from the album ‘Horas Tibi Serenas’. At the onset, we are presented with a wandering, but memorable melodic theme, which is a composite of many delicately interwoven parts. This beautiful phrase lilts about for some time garnering adornments and embellishments and merging with lush soundscapes of nature. Very gradually then, and rather unnoticeably, the identity of this theme begins to become obfuscated and morphs into a realm of textures and scattered embellishments. This sonic landscape ebbs and flows about for sometime, like the pathway through a Japanese garden. Then suddenly, the enchanting theme reappears. This moment almost comes as a surprise, since by virtue of its gradual disintegration one hasn’t consciously processed its absence. Upon reflection and analysis, however, one realizes that the content of this theme never actually disappeared, only its parts became scattered and unaligned so that what we heard as meandering textures was actually just the unweaving of this multi-component theme. The symbolism of this unfolding structure in this piece most directly lends itself to the newsletter at hand. The beautiful theme is like the Cathedral, through which we find ourselves carried off into a timeless transcendence. Then gradually as the theme becomes obscured, we withdraw from the Cathedral and move into the realm of seemingly chaotic movement, which we can only perceive as textural, unable to identify any of the patterns, which gave rise to the melodic movement or Gothic spires in the Cathedral. When suddenly, the theme reappears, through reflection we realize that it has in fact never left, only been scattered. Similarly then, we may recognize that the patterns of the Cathedral, which evoked that sense of wonder and awe, were and are in fact still present in all the seemingly random movement of the city outside its walls and stained glass windows.
Posted by rgms at 6:12 PM

From the Visionary Commonwealth, RGMS presents a deep symbolic reflection on the experience of the album ‘morning bells’. Ewan Jenkins explores the significance of the bell as it relates to awakening, offering a profoundly personal, yet transcendent perspective on his engagement with the music. 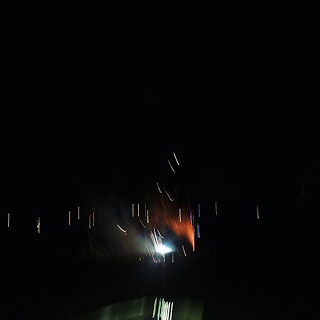 To further understand and dialogue with the nature of music, RGMS presents a model of theoretical analysis, which strives to engage directly with the empirical perception of a work of art. Archetypes of Music aims to navigate the most distilled polar fields within the realm of both immediate and linear awareness, and thus achieve a more accessible and discernible understanding of the musical process. 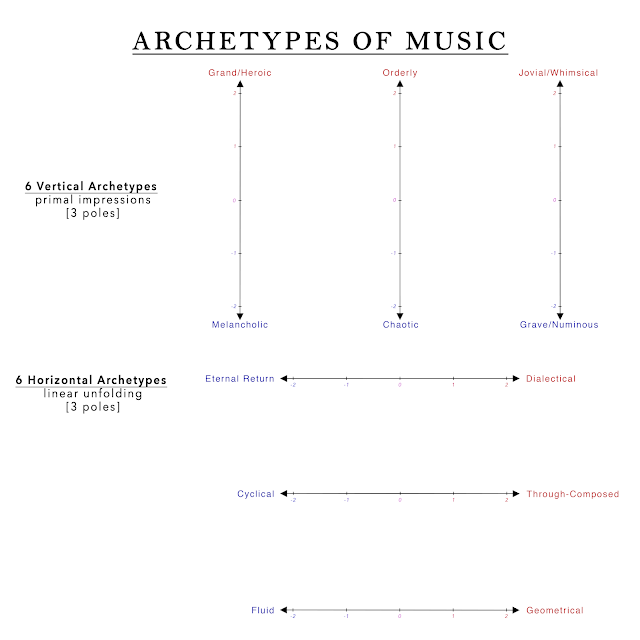