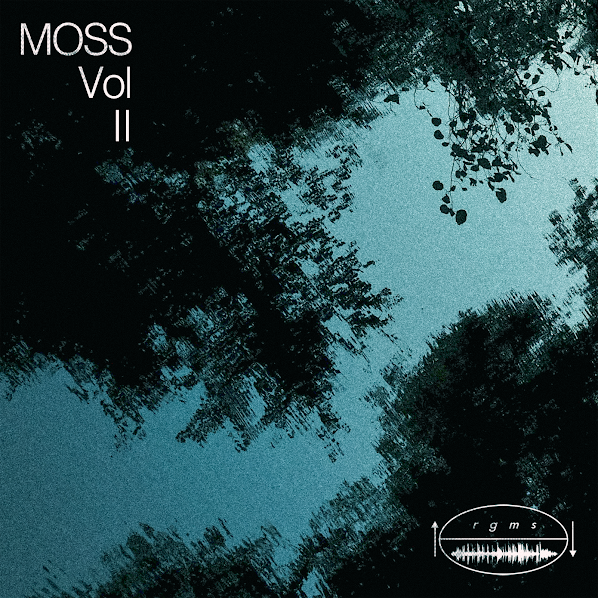 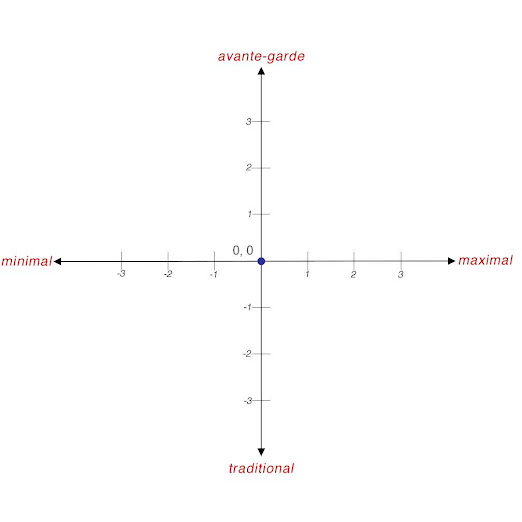 Meditation Objects, Supplements, and Sequences or MOSS, is a curated collaborative album from members of rgms consisting of tracks designed for meditation. This album was inspired in response to the seemingly rather monotonous tone of most meditation music found online today. Here, the aim is to explore a wide variety of states of being possible within the meditative posture. Herein, we have tracks, which lilt us in a gentle state of at onement, others which guide us through strange lands and circular quests, yet others still which take us to that part of ourselves we have not visited in a while, and while our initial urge may be to resist, the vibrations coax us to stay and have a look around for a little while, until we might find this once unfavorable place not at all too unbecoming.
Tracklist:
MOSS #9: Subversion of Feedback (Aaron Stearns)
MOSS #10: Morning Walk (Chris Chraca)
MOSS #11: Säännös (Timo Pehkonen)
MOSS #12: A Cloudless Rain (Davis Connors)
MOSS #13: The Anchor Dragged Across the Sand (Noah Rosa)
MOSS #14: A Blue Fire (Iminah Kani)
MOSS #15: Ousers (Dexter Dine)
MOSS #16: A Mercurial Liminality (Sean Kiley)
MOSS #17: are we not on less, concrete shores? (James Layton)
MOSS #18: Dying Fly (Sampson Hollander)
MOSS #19: In the Backwoods on a Cool Summer Day (Natalie Dzbik)
MOSS #20: Streaming from a Hollow Top (Ben Kinsinger)
MOSS will be an ongoing series, which aims at exploring the breadth of meditative experiences possible within sonic environments. Volume I explored a more atomized realm produced by 8 members of rgms. This volume served as an opportunity for the artist to begin to articulate their own personal musical language of meditation. Here, with Volume II rgms strives towards developing a cohesive whole, in lieu of the individual ca. 10-12 minute experiences produced for Volume I.
MOSS Vol II Methodology
A Sonic Journey From:
Human Sounds - anything man-made (machinery, bodily, cars, tools, breath, speaking (non-communicative), etc.)
To Non-Human Sounds - anything in nature, which takes place without the influence of humans (ocean, river, birds, wind, trees, etc.)
The Journey from Human Sounds to Non-Human Sounds takes place over the course of the whole album.
As there are 12 collaborators for this album, the distribution is as follows: 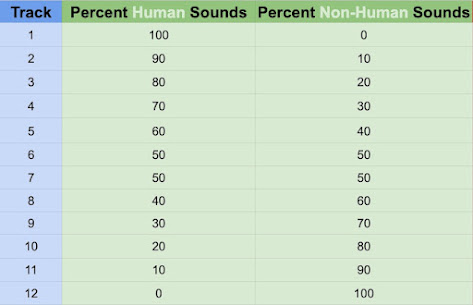 In conjunction with the overall structure of the album, the tracks themselves have their own internal structural development, which consists of a movement from Large to Small or Small to Large sounds.
The field recordings made use of in each composition ideally transition from Larger, more collective sounds, to Smaller more individual/atomized sounds, or vice versa. 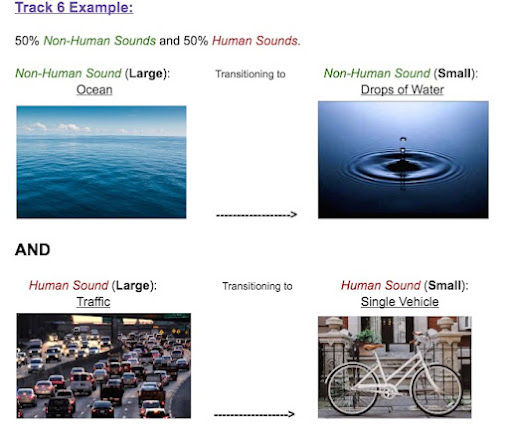