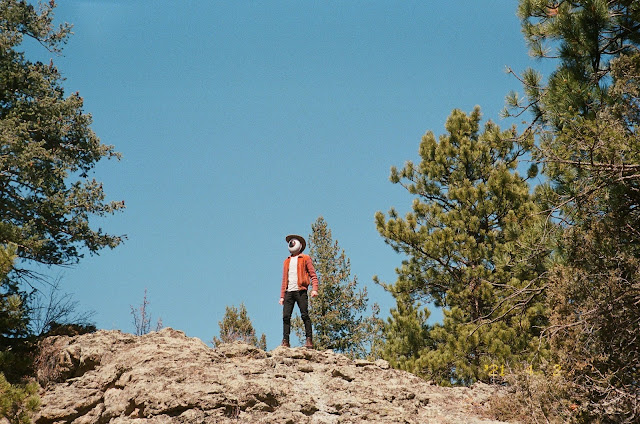 There is a realm beyond the knowledge of man:
Beneath the darkness, under endless sea.
Where undulating currents carry 'cross
Toward other unknowns Bahamut the fish.
Upon behemoth's back abides a bull:
Four thousand eyes and ears and mouths and tongues
Four thousand feet weather the weight above:
A rugged crag of ruby to hold up
An Angel, Atlas, Shu, Atlantis' King
Who bears the fathoms over what's beneath
When heaven fell to sink Atlantean shores,
Their wisdoms scattered - winds wrapped up in sails,
The Babeling remnant's memories turned to dreams,
Which buried 'neath Bahamut's scaly mass,
Became a song, sought after by the bards,
Who, though they'll never know the fish in full,
Traverse its shadow, blind in every sense
To glimpse in madness fraction of the form
That bears what bears the bearer of our World
***
Ben Kinsinger was born and raised in a Norman Rockwell painting.
When Ben was crowned King of the Chicago River, Bobby was at the coronation. Bobby approached Ben with a single question.
"Is there music in the water?"
Ben answered
"Yes. And sometimes human shit."